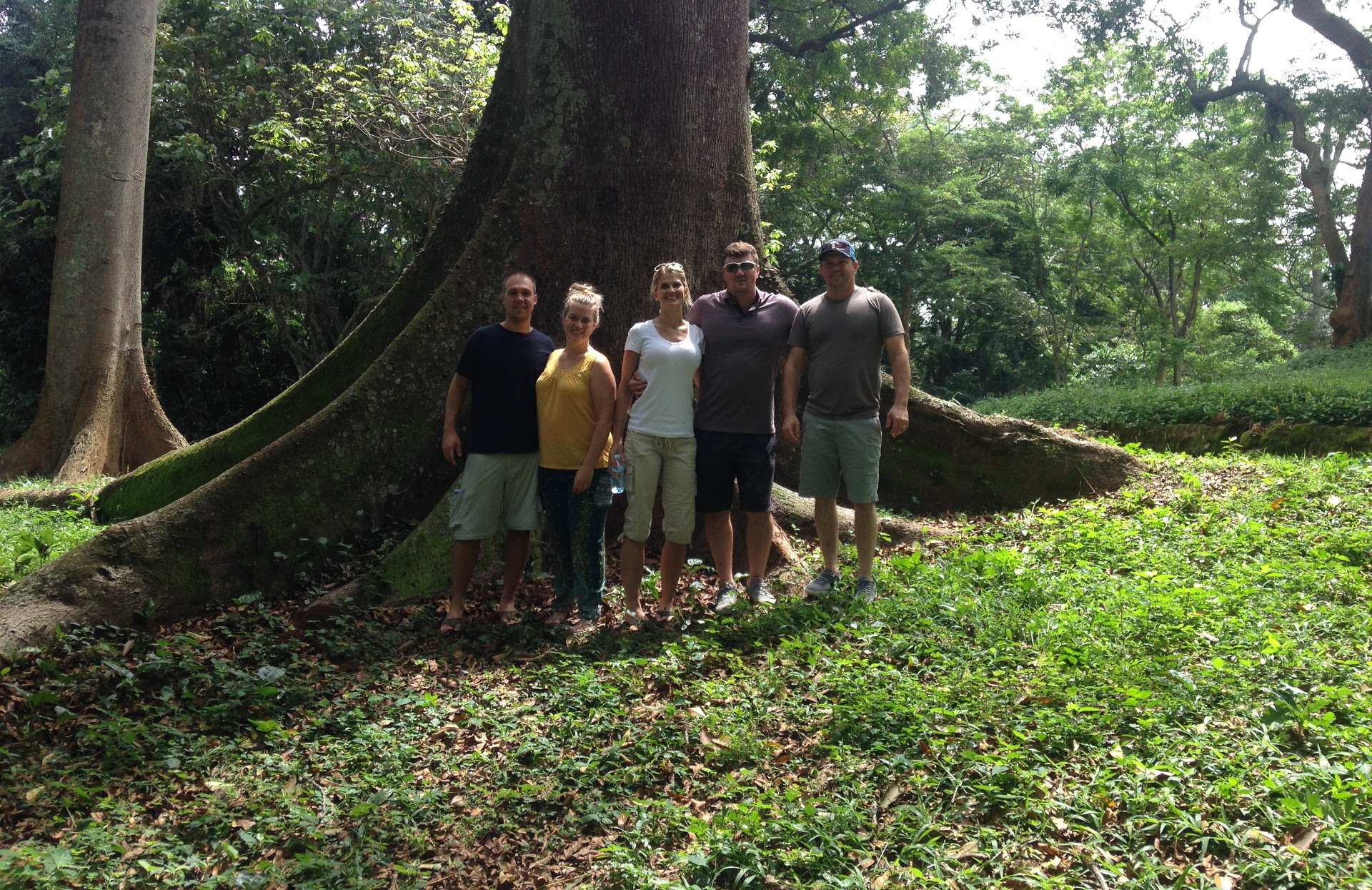 The picture in the header of this page was taken in Entebbe, Uganda in November of 2016. The five us in the picture are good friends who had traveled to Uganda from North Dakota. The purpose of our trip was the same purpose we live each day with, to love God and love people. We had the hope that there might be something we could get involved with, but we did not know exactly what that might look like. 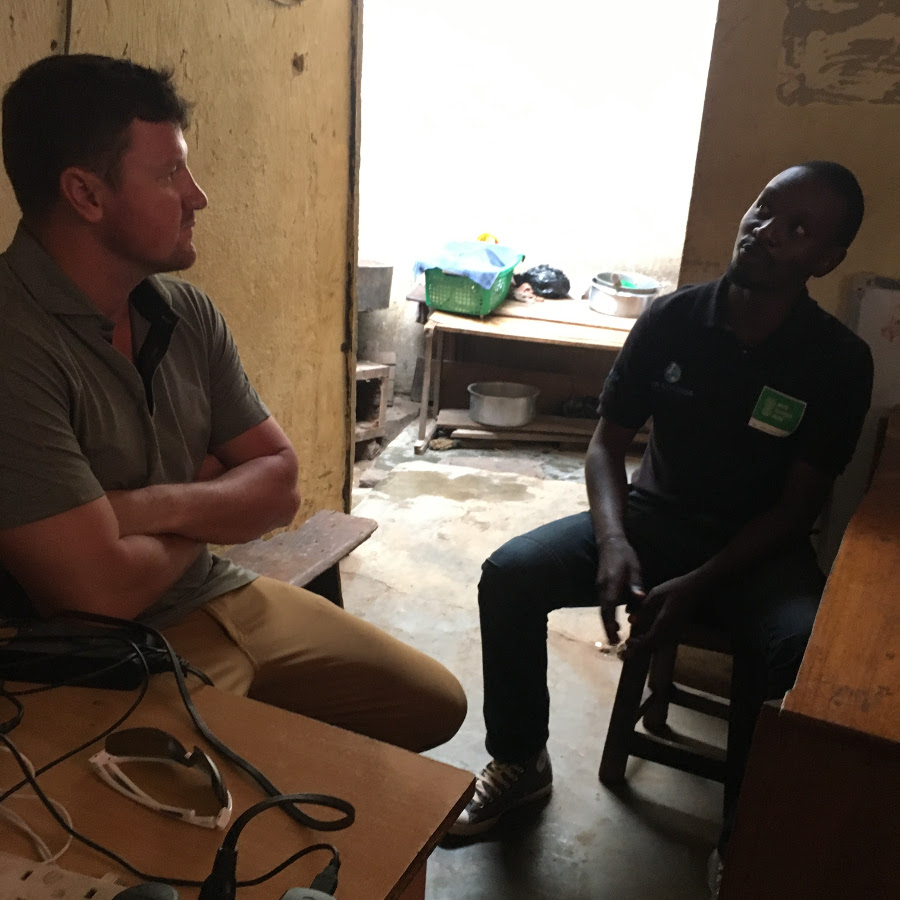 Ricky and Francis from Watoto Wasoka

The people of Uganda, while generally poor, are profoundly resourceful. They are able to do so much with so little. The first non-profit organization, or NGO, that we met with was called Watoto Wasoka. It is an organization that supports the children from the slum areas of Kampala through organizing soccer or, as they more correctly call it, football leagues, tournaments, camps, and workshops. At their annual Christmas Camp, they host over 2,000 kids from all over the country. They also do another major tournament in May, they organize a primary schools league, and hold workshops on school campuses year round. We had the privilege of sitting and visiting with the staff, Francis and Kennedy, and hearing about all they are doing, and some of what they hope to do in the future. They are both young men in their mid twenties who were raised in the slums themselves. They are smart, humble, and very passionate about what they do.

The next NGO that we visited was an organization called True Vine Christian Ministries. Our contact for True Vine was a man named Adams, who 3 of us had known since 2006. This is an organization that has a local church in Mukono Town, Uganda of which Adams is their lead pastor. We visited the church the first Sunday that we were in country. After church Adams had us meet with a man named Richard who told us all about their organization, and then gave us a tour. Again, we were amazed by what we saw and heard. They have a network of 20 other churches throughout the country. They operate a primary school with over 900 students, a medical clinic that provides care for their students and the local public, and three farms that are used to grow crops for food and grow trees as an investment for their future. They also have one orphan home with a house-mother and 8 children. Richard also shared with us some of the vision they have for other projects in the future. 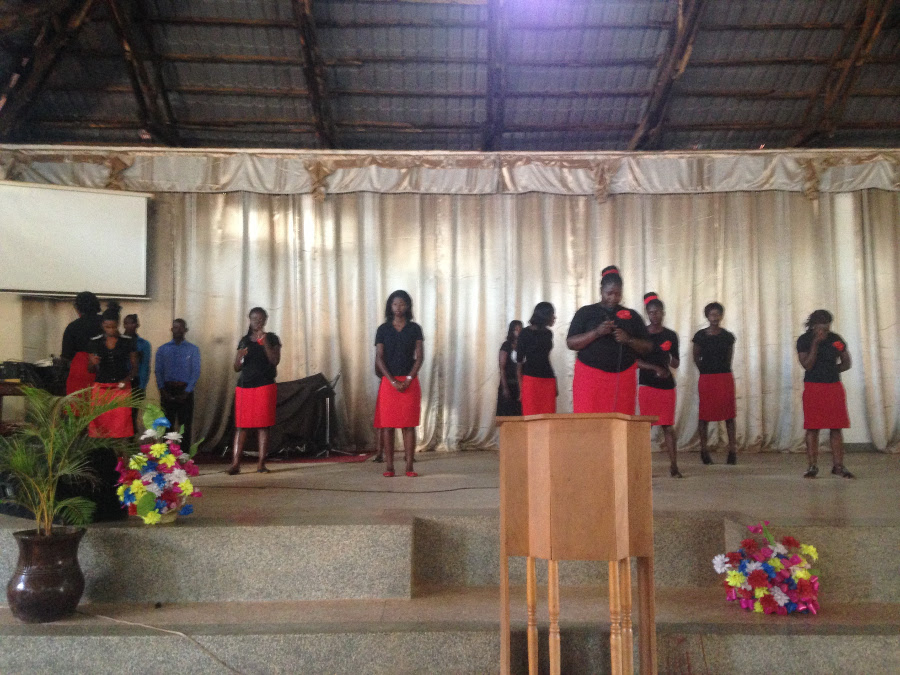 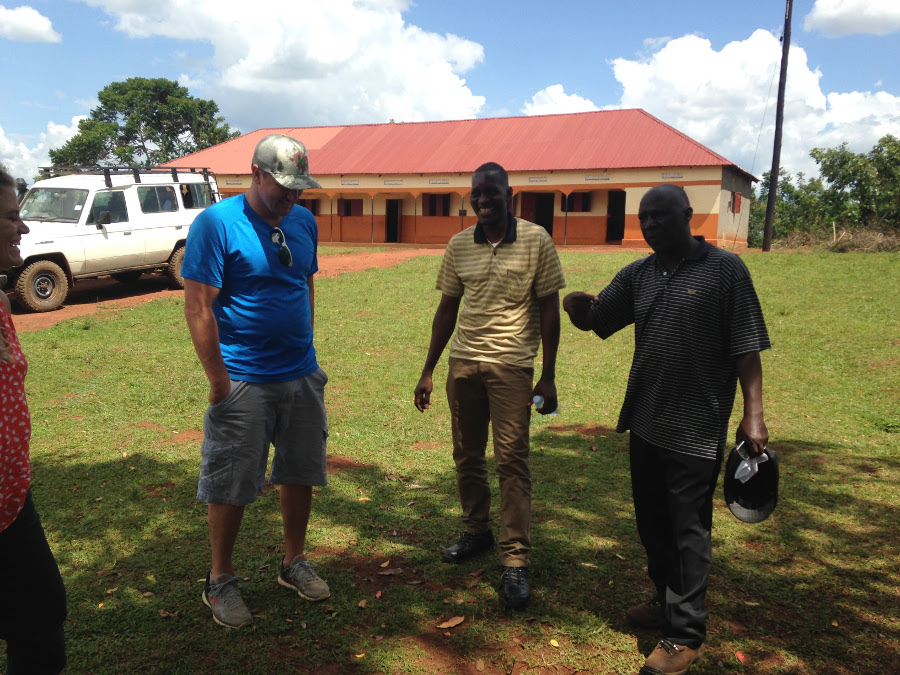 On our second day of visiting with Adams, and the leaders of True Vine, we met the founder of the Ministry, and Richard's father, Bishop Stephen. He began our meeting by reading in Isaiah 61, the same prophetic word that Jesus reads in Luke that the Spirit of God will bind up the broken hearted, set the captives free, and bring liberty to the oppressed. He continued to explain that this passage is what drives everything they do. He was excited to meet us. He was very appreciative of our desire to get involved with them on some level, but he communicated very clearly to us that they have no intention of starting any projects that are not in line with their mission as outlined in Isaiah 61. It was clear to us that these people share our heart to help the broken and hurting.

We visited two other NGO's while we were in Uganda. One in Mbale, and one in Masindi. Both were amazing NGO's that were run by native Ugandans. Both are doing so much with the little they have. Both are in need of any support we can give. We were so encouraged by all we saw while we were in Uganda. Yes, the need is great, and we cannot solve all of the problems there, but even the smallest amount that we are able to give them, or the very little that we are able to do for them, is sure to go a long way. The Bible says that to whom much is given, much is expected. We in the United States have been given much. We want to be good stewards of what we have been given. We are encouraged to see the potential of how far our resources can stretch to do good in a country like Uganda. 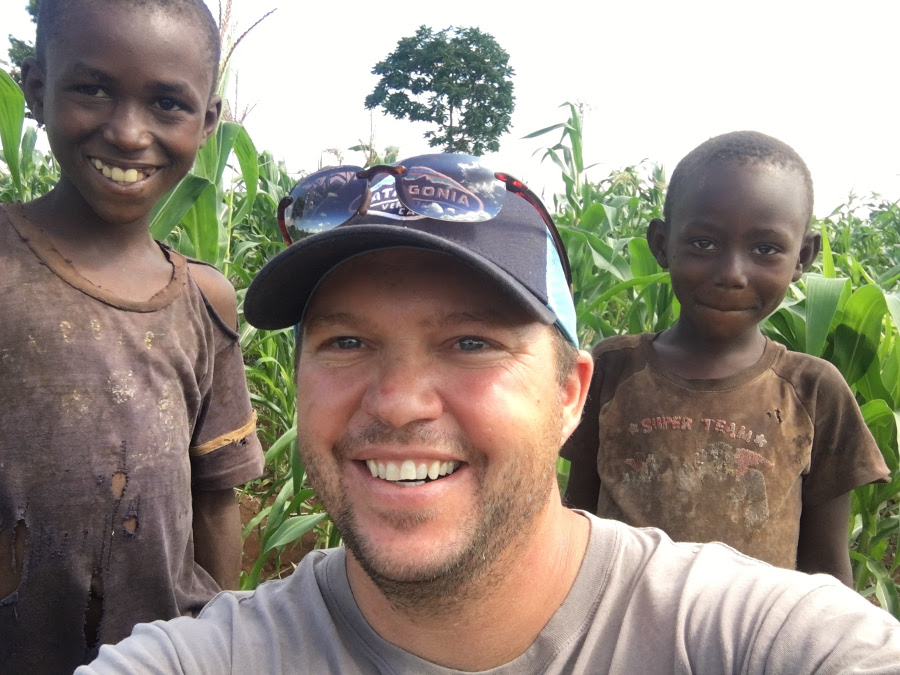 Joe with some boys at one of True Vine's farms 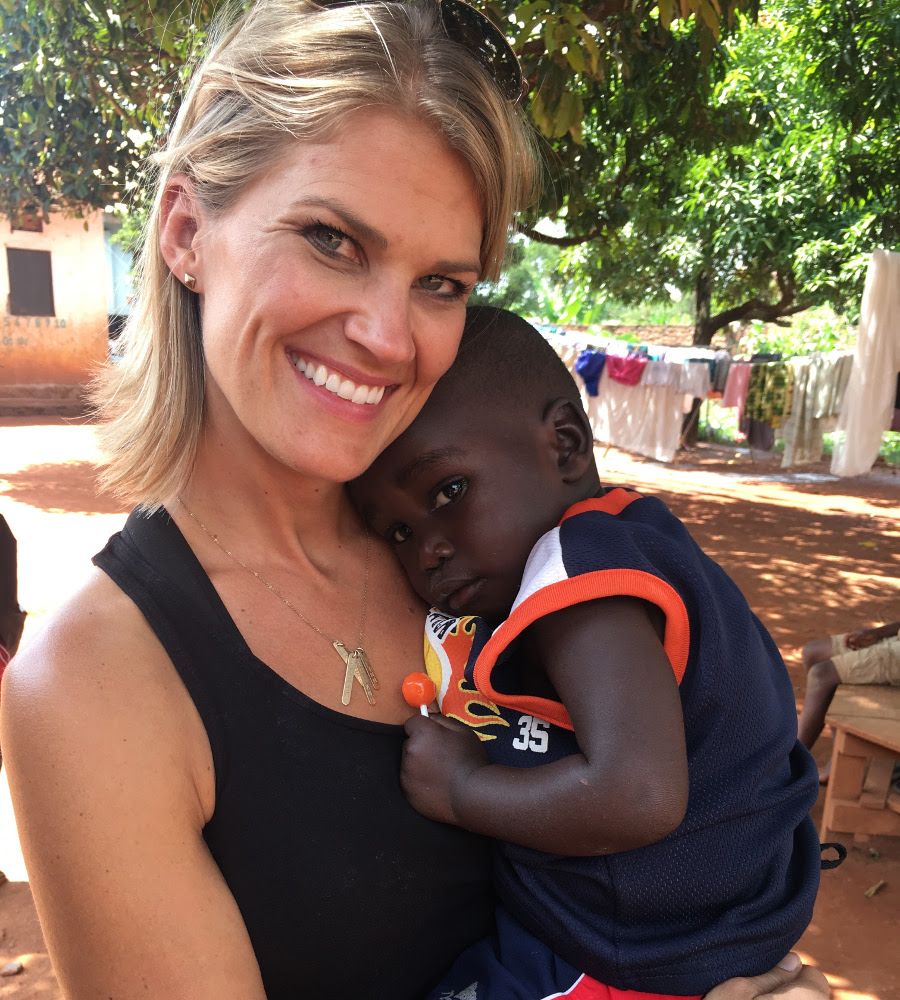 Becca with a boy from orphanage in Masindi

Since that trip, the five of us have been working on something that we believe has the potential to do more good than we can imagine. Our nonprofit organization known as PUR International. The name comes from James 1:27 which says that Pure and Undefiled Religion looks like caring for orphans and widows in their time of need. Our organization will be raising funds to support families that have lost their father/husband here in the the United States. We will also be raising funds and sending teams of volunteers to support different projects and NGO's in Uganda. Join with us today! Donate to one of our campaigns, helps support the Kanagy family who is living in Uganda, or contact us today about coming to Uganda on a PUR Service team trip. 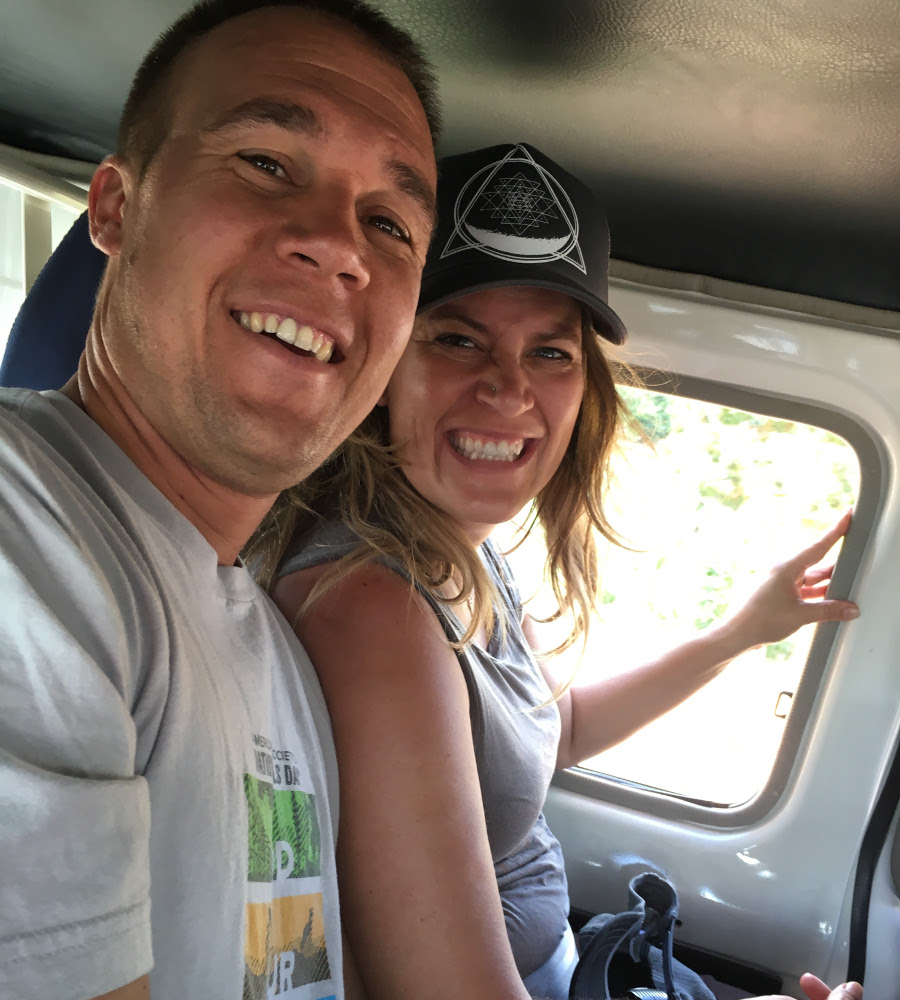 Andrew and Heidi will be your hosts in Uganda